Apple’s imminent introduction of its Ad App Tracking Transparency (ATT) framework as part of iOS 14.5 has a lot of app owners concerned. Many still don’t know how their businesses will be affected and what the impacts will be. As a Marketing Consultant hopefully I can give you some context and highlight the issues you need to consider:

Apple’s IDFA, ATT and how to use SKADNetwork for conversion tracking 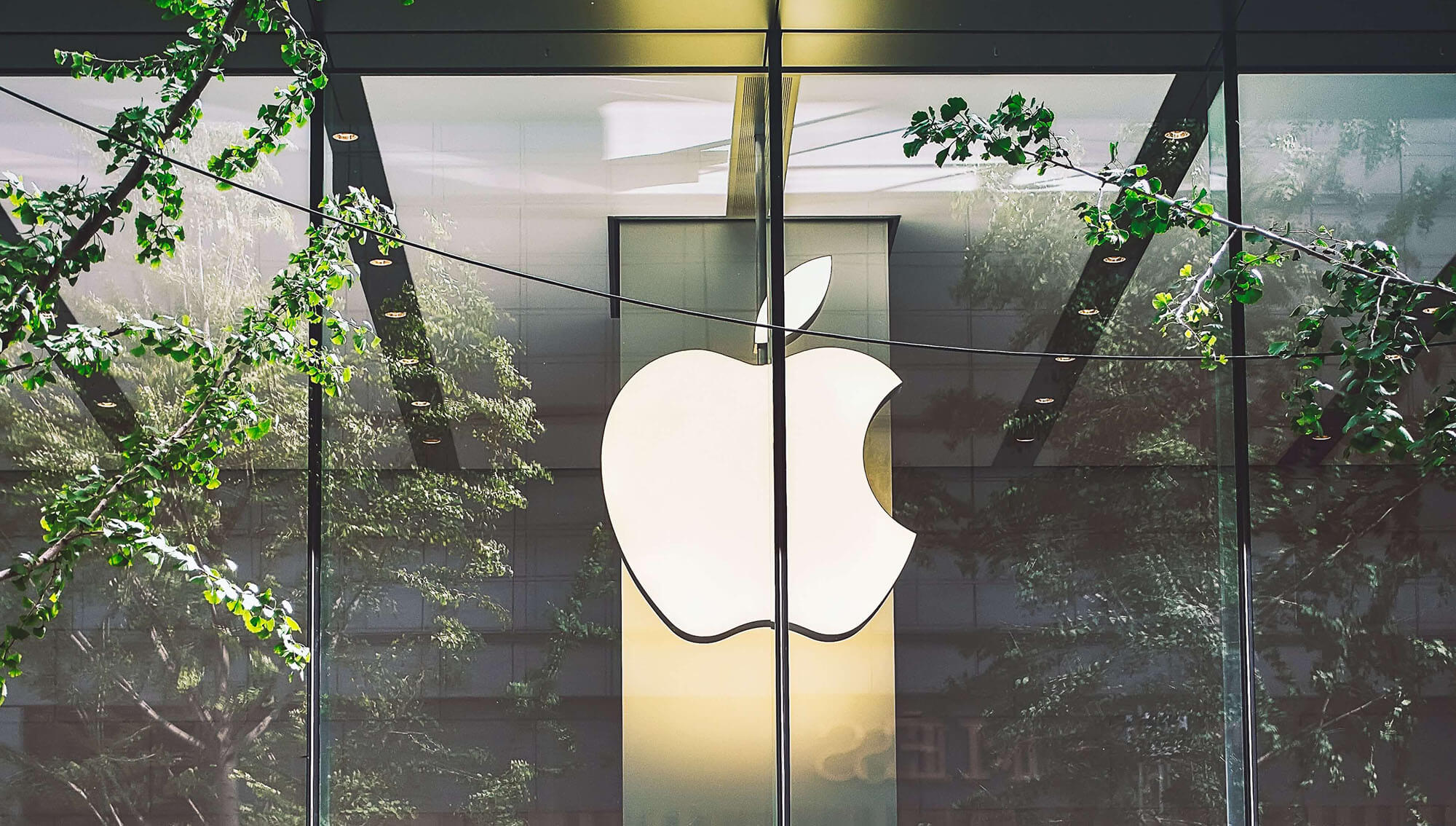 IDFA is The Identifier for Advertisers that Apple uses and assigns to each Apple device. This identifier is used by advertisers to track users and serve them customised adverts and experiences. The IDFA anonymised and never reveals any personal information about the user, but simultaneously allows advertisers to track behaviours and serve ads in a personalised way without knowing who they are serving it ads to.

The ID can be used within the app to understand which events a user triggers and even how much money they spend (depending on the measurement partner used). The ID is also passed between the measurement partner and Ad Networks such as Google or Facebook so that campaigns and even creative can be optimised based on the results of those exposed to a campaign. Attribution across networks, campaigns and creative is possible because an individual is tracked through the process in an anonymised way.

IDFAs allow for advertisers to optimise towards personal experiences and users who will get the most out of their app, whilst users retain their privacy and are troubled less by depersonalised and untargeted advertising.

What is happening to the IDFA?

With the launch of iOS 14 Apple is removing access to IDFA attribution for all Ad Networks and Partners in due to what it says is a ‘dirty data industry’ that collects and utilises this data from across the ecosystem to create user profiles. By blocking access to this ID Apple says it is “improving transparency and empowering users”. But is this really true? Apple is in the process of building out its own advertising offering an IDFA will still be available within its own environments. However partners, platforms and networks outside of this environment will need express permission from users to access this granular level of tracking.

What is Apple’s ATT?

To allow app publishers to track at user level Apple is introducing ATT, App Transparency Tracking which will be rolling out with iOS 14.5 (expected Spring 2020). To gain access to user level data users will have to give their express permission to app publishers, along the lines of GDPR for websites. However, app publishers will not be able to tailor the experience to their app and the verbiage of the ATT notice will be tightly controlled by Apple.

If a user consents, then an IDFA can be used to track them across companies, apps and websites, however, if they decline they cannot be tracked at all. The ATT form in its first iteration does not make a distinction of these different uses of tracking and is a blank opt-out or actively opt-in. App publishers can only choose whether or not to serve an ATT notice in their app and where it will be served, additional information or a more subtle explanation of what users are opting in or out of is not available in the initial rollout.

In my view you have very little to lose, and much to gain, by experimenting with ATT. If you have the capacity, do it  as soon as possible. Here are some top line recommendations to follow if you are considering it:

What is SKADNetwork? And where does it come in?

SKADNetwork is a privacy-compliant method of app install conversion tracking based on aggregated data. It is an alternative tracking framework API that was introduced by Apple back in March 2018. It was designed to be an alternative to IDFA, but most App Publishers didn’t explore its potential until 2.0 was released in June 2020. 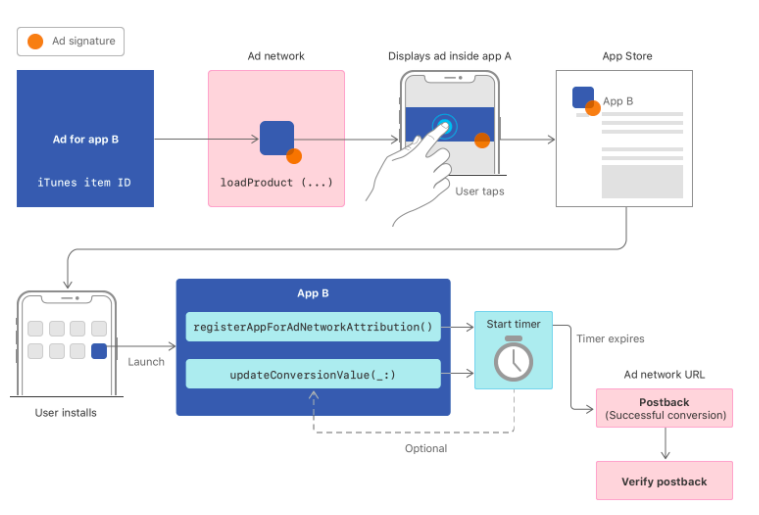 It is worth noting however there are some key limitations of SKAD and what information you can have passed back to your Ad Networks:

What are SKADNetwork’s conversion values?

SKADNetwork effectively allows publishers to grade their user base and then pass back a conversion value of 6 bits. That is to say, 6 switches with a value of 0 or 1, to allow a potential capture of value from (0-63). This is important as it  helps Ad Networks to optimise campaigns towards your high user values. These can be used in a variety of ways, but what you will need to do as a publisher is to decide how to set up and use them best. I would recommend that you segment your audience and decide on one of the following approaches of “splitting your bits”.

How to split your Bits

The conversion value pass back comprises of six bits, which you can think of as light switches that can be encoded to send back a value of 0 – 63: 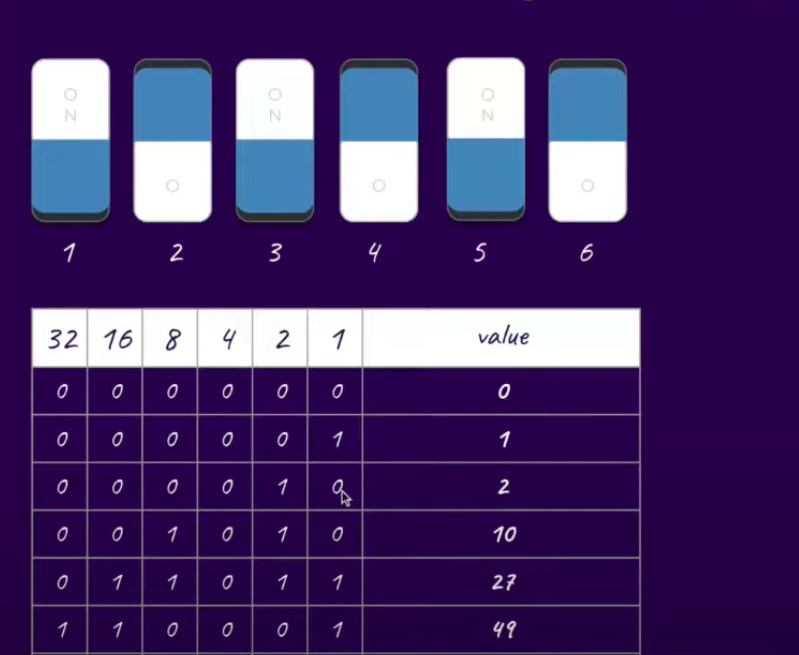 Your job as a publisher is to decide how to encode these bits. There are a variety of approaches, but please understand however you encode them the number of values you can achieve will only be two to the power of the number of bits you use. For example if you decide you want to use 3 bits to record levels achieved conversions you will only be able to record 8 values in total including 0. 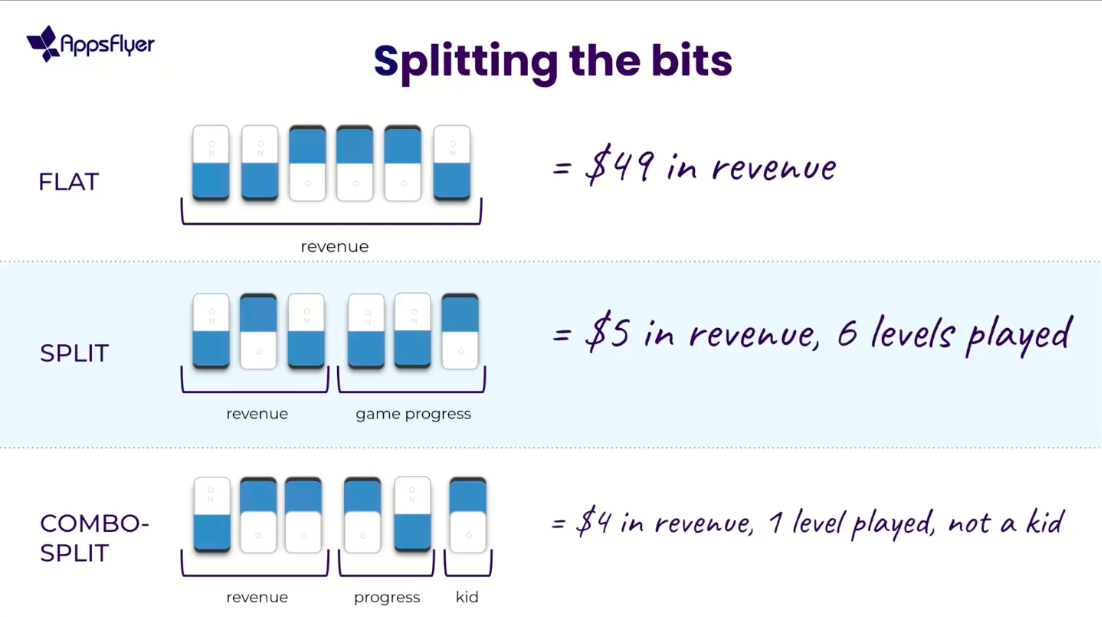 Alternatively you could segment your user base and categorise them into 63 segments that are meaningful to your business. Finally, the last approach may be useful if you are spending a high volume of paid media campaigns. Split your bits based on users for example 50% of users on revenue and 50% on levels achieved.

Planning Ahead: What are the likely impacts on the App Publisher ecosystem?

Apple’s changes have had a wide ranging effect on the whole ecosystem and it is going to take a while for Networks, MMPs and Publishers to readjust. It is likely to be an evolution that goes on for years, rather than something that is resolved in a couple of months. The following recommendations should help your navigate those months so that your business is in a better place on the other side:

Feel free to drop me a line if you need any more advice about SKADNetwork or in general about App Marketing.